In January 1964 the sections of the Ferntree Gully Parish called Boronia, Bayswater and The Basin were separated and formed into the Parish of Boronia. On 19th March the first classes were held at the new school at Boronia – St. Joseph’s. Gradually the area and the school grew in population so much so that new schools were formed in the areas once serviced by St. Joseph’s (1965 – new school at Bayswater, 1979 – new school at Wantirna, 1983 – new school at The Basin). This growth and expansion of the region resulted in a gradual decline in numbers in the school from a peak of 544 in 1978 to its current intimate number of 170.

A very proud parent community is actively engaged in connecting the home to school learning and making St Joseph’s the best school it can be. Our school provides a high quality, rigorous education which embraces and values diversity, student voice and gender equality.

St Joseph’s has a dedicated staff responsive to ongoing professional learning. Specialist teachers design, teach and access sequential programs in Visual and Performing Arts, Physical Education and Indonesian from Prep to Year 6. The development of the whole child is fostered by our extensive curriculum which uses the Victorian Curriculum Framework and the Religious Education Curriculum Framework (Catholic Education Melbourne), and through structured Wellbeing processes, mindfulness, meditation and Restorative Practices which build positive and respectful relationships in the classroom and playground.

Future directions are determined by regular reviews of policies, programs and priorities under the guidance of the School Improvement Plan and the School Advisory Council.

St Joseph’s provides a safe, fair and kind environment so all who learn within, can flourish.

St. Joseph’s operates in a community environment with many parents supporting the school through a range of different committees, including giving of their time and energy on;  School Improvement (Buildings and Grounds), CommUNITY at St Joseph’s (formally Parents & Friends), Fete Committee, all functioning under the banner of the School Advisory Board. 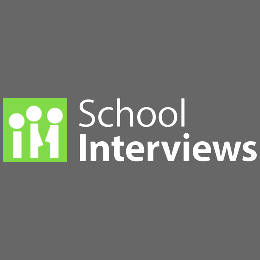